The Design Process Behind The Esmark Finch Logo

With our business rapidly growing, we decided our brand needed to reflect this growth and new direction. Our in-house design studio took on the challenge of creating our new logo.

The new Esmark Finch logo was born at a time when the company first began to move into the aviation industry, so the fact that ‘Finch’ is also in our title made the concept of flight too good to ignore. We wanted to show where we are going as a company, but also where we have been. Which is why the wing is also reminiscent of the nib of a fountain pen as we have a state-of-the-art print production facility too.

We wanted to keep the Green & Black from our previous identity as the colours had been well established but felt they needed a bit of TLC. We were looking to make more of the letters this time, we wanted to bring them in and make them part of the logo as opposed to simply having an icon beside two words.

So began the hunt for a font that would complement the wing that was beginning to take shape on the boards of the designers. Once we saw it – we knew! Elements of both the letters and the wing were re-sculpted to ensure they complemented each other and became one when positioned.

We wanted the finished logo to be at home in both the technology sector and the corporate world. It had to be impactful, strong, clean, elegant, smooth but sharp and balanced.

We feel the finished product perfectly represents both our past and our future. 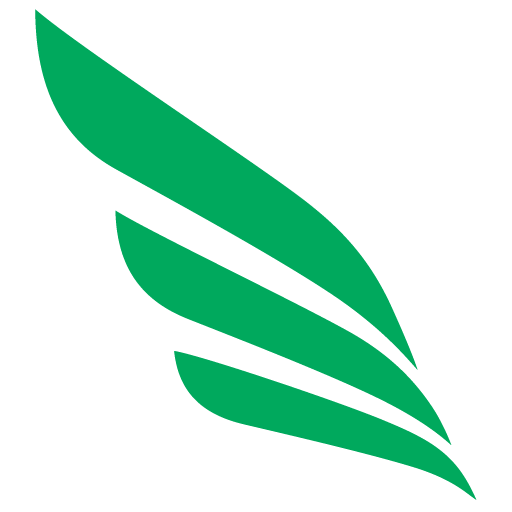 To have a look at other logos our design studio has created, check out our portfolio here.